My day began with a visit to the dentist because I had to get a molar removed. The visit was surprisingly quick and I was home within a half an hour. Why is this important to point out you might ask? I wasn’t allowed to eat for a few hours as to lower the risk of anything getting caught in the healing new hole in my mouth. Of course, my stomach decided that once all was said and done it would start to growl. Grrrrr off to the store to get some baby food. Yukk I am a grown woman dammit I needed some real food, you know some protein. Oh well, it was only going to be a couple of hours right? So I get home and BOOM low and behold I have a special delivery from Chick Advisor! Hoorah it’s BOOST High Protein Chocolate drinks, it couldn’t have possibly come at a better time.

I did have to wait for the numbing to come out in order to have the first drink so I read through everything on the bottles and box to see what benefits I would get from it. Alas, the time had come and gulp, gulp, gulp, down the hatch it went. Ahhhh it was delicious, protein and chocolate all at once for this now starving lady. There was no immediate stop to the grumbling but it did satisfy my hunger for the moment. I found that I ate a bit less than usual at dinner time and thought maybe it was because of the BOOST High Protein Chocolate drink. I had it made that day.

While looking back at the ingredients on the box a couple days later, I found myself wondering what in the world Copper was doing in my drink. I tried looking it up online and on the Boost website but no luck. I also had to stop because anything I found said that it lead to poisoning. I am still not too sure why or what it is doing in there but I figured that it was safe because it would’t be in it if it wasn’t. Maybe educating the consumer about this issue would be helpful for sales?

I enjoyed the benefits of skipping out on a couple of snacks here and there with BOOST High Protein Chocolate drink. I wouldn’t advise that people use it as a ‘meal’ replacement simply because I found that I was hungry a short time after having the drink. I did feel a bit of a ‘boost’ (pun intended) after each drink, I am use to feeling a little sluggish because of a neurological disease that I have called CMT. The disease affects the muscles and nerves in my body so it helped me move around faster than I usually do during the day.

Again, the drink was delicious. I chose to keep them in my room so therefor they were not refrigerated. I didn’t think that it would make much of a difference since I guzzled them down anyway. I worried at first that it would leave a bad after taste in my mouth like other similar drinks usually do but that was not the case. It was smooth going down and that taste of chocolate was heavenly.

I might consider drinking BOOST High Protein Chocolate drinks again, maybe try the other flavors, but I would have to educate myself a bit more on the effects of copper in the drink. Other than the obvious health benefits its did give me more pep in my step. If you are looking for a ‘BOOST’ in your day I would suggest giving this a try. If you are expecting it to totally replace a ‘meal’ I wouldn’t keep your hopes up. Snack – Yes! Meal – No! 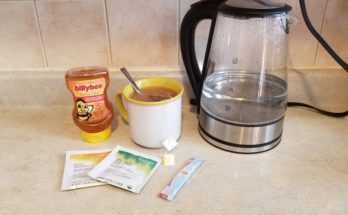 View all posts by admin →

I'm back people !!! Been busy working away on a li

This right here is 💯 we all have tested differe

Woah it's been a while. Hope you're all doing well

So happy we hit up Fallsview Casino before they cl

Not only great achievement s take time ALL achieve

ACTION is what will make the difference ! I hope Y

YOU have to be able to deal with all the bullshit

Accept the good & the bad and find peace withing Y

Get out there and do something that scares YOU thi

YOUR life is YOURS to change, no one else can do i

Always enjoy the process and learn from the journe

Always look ahead with a positive attitude. Find h

Make this month all about helping inspire others.